Skip to content
Create your own review
Average rating:   5 reviews
David and Jen
by David and Jen
Road-Trip Anniversary During A Pandemic
Which type of van did you rent?: VW Eurovan
Where are you from?: Rock Hill, South Carolina

We booked the Eurovan a few weeks before our trip. This has always been a dream of ours to explore the Southwest. Jeff and his crew were very easy to work with. The van was clean, reliable and our hosts thought of everything! This included “little extras” such as: van snacks, camping chairs, a mini-fan, extra towels and bedding. We really didn’t have to go to WalMart for much else. The van came fully stocked and ready to camp minus our meals. We appreciate the maps and the van walkthrough at pick-up. Jeff and Dick were only a phone call or text away and very easy to contact if needed. Thank you RoadTripArizona for making our 10-year anniversary a dream come true! (Even if a pandemic tried to stop us...)
We will definitely be renting from this company again when we come back here with our kids. Thank you! 10/10.

Odette
by Odette
Great Experience
Which type of van did you rent?: VW transporter
Where are you from?: Wombarra Australia

Chris and his team went over and above to ensure our camping experience was sensational!! The van was perfect for our 5 day trip with family... the vans bed was comfortable and warm... everything we could think of plus more was supplied.

Donna
by Donna
Heaven on Wheels
Which type of van did you rent?: Eurovan Camper
Where are you from?: Plymouth, Massachusetts

Was an amazing experience from booking it, to the minute we pulled into pick it up, till we sadly returned it. Any questions we had before were promptly answered. When we go there we got a lesson on where things are located, how things works and off we went. Easy! Everything we needed and more. Comfortable, cozy, easy to drive and maneuver, unlike some of the bigger rigs. Been wanted to try one out for awhile, glad we did, now we are looking to buy one!

What a great way to see the American West! In our case we were met in Phoenix by a delightful young man, Chris, who was incredibly helpful. He drove us to a cell phone waiting area at the airport and proceeded to explain every facet of our compact, but fully outfitted, camper. Having taken similar trips out West in a bulky truck-based camping vehicle, it was a joy and great convenience to drive a much more maneuverable and comfortable Eurovan. Chris recommended several outstanding locations and sites for us to consider as we traveled through Arizona, Utah, Idaho, and Oregon. He truly went above and beyond what we had expected to receive as a sendoff. After a memorable trip staying in spectacular national parks, such as Capitol Reef, Canyonlands, Arches, and Dead Horse Canyon and beautifully remote landscapes, such as Valley of the Gods.  My sister and her husband had previously taken a trip with Road Trip Oregon and highly recommended it. We are so glad they did and equally grateful to Chris, who was delighted that we had such a great time.

What happens when two little old ladies rent a camper van and travel through the North and South West of the USA in the middle of winter?
Adventures!

My sister Luiti, age 80, and I, age 74, meet each year around Christmas to travel someplace in the world. This year we met in Oregon. My sister flew in from Germany, I from my home in Alaska. The good folks at Road Trip Oregon supplied the van, we brought the “Wanderlust.”

Five weeks and nearly 4,000 miles later, what an adventure it has been.  The winter had been riddled by snow and ice storms in unusual places. We followed Highway 1 south along the picturesque Oregon coast. We were dwarfed by the majestic Redwoods of Jedediah Smith State Park. We followed a snowplow through a blinding snowstorm over the Cascade Range and past the snowbound Lassen Volcanic National Park. A friendly Nevada State Trooper checked our supplies and state of mind before we drove Highway 50, Pony Express trail and loneliest road in America, spanning the fast expanse of Nevada’s high desert. Utah’s striking red rock country surprised us with more ice and snow and minus five degree temperatures. My sister had never before camped in subzero weather and contemplated sure death the night we slept in Arches National Park, above Moab and Canyonlands. She envisioned two frozen bodies to be found in the morning in an ice cube camper van. But the van and us sprang to life with the rising sun and we drove south to find warmth. Except south we encountered more snow and cold temperatures even in the southern parts of Arizona. We didn’t suffer too badly though and had always enough bright days between our trials to hike and enjoy the beautiful country. Chris, Jason, Lanning, Myra, and Andy were helping us along the way.
Road Trip Oregon was never more than a telephone call away. Thank you.

Sign up for out newsletter and get exclusive deals and travel ideas right to your inbox. 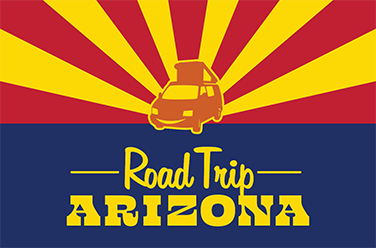 Sign up for our newsletter and get exclusive deals and travel ideas right to your inbox.

Find us on
social media